Largest consumer of gold in the world

Working out the largest consumer of gold in the world is not a simple task. It can be measured in different ways, each of which produce different results.

Since the end of the economic crisis in 2009, the central banks of several nations have been increasing their gold reserves. Prior to this, international banks had been reducing their precious metal holdings – for example when the UK infamously sold much of its gold reserves. China and Russia have been two of the world leaders in the move to holding larger gold reserves.

World Gold Council figures for 2011 put China and India as the two largest consumers of gold in the world by a sizeable margin, and this is little changed in 2021, though the global pandemic has had an impact on consumption in both of these countries. Strict lockdowns in China, as well as a severe outbreak in India saw consumer level purchases fall, however these have largely recovered in the latter half of the year. The United States, Germany, Thailand and Saudi Arabia had the next highest global gold consumption.

The leading position of China and India should come as little surprise considering both account for the world's two largest populations. A comparison of demand for gold and population figures (as seen below) show that both follow a very similar path. In other words, for the size of their populations, China and India actually consume little more than any other nation. This is despite gold jewellery holding a major place in both of their cultural traditions. 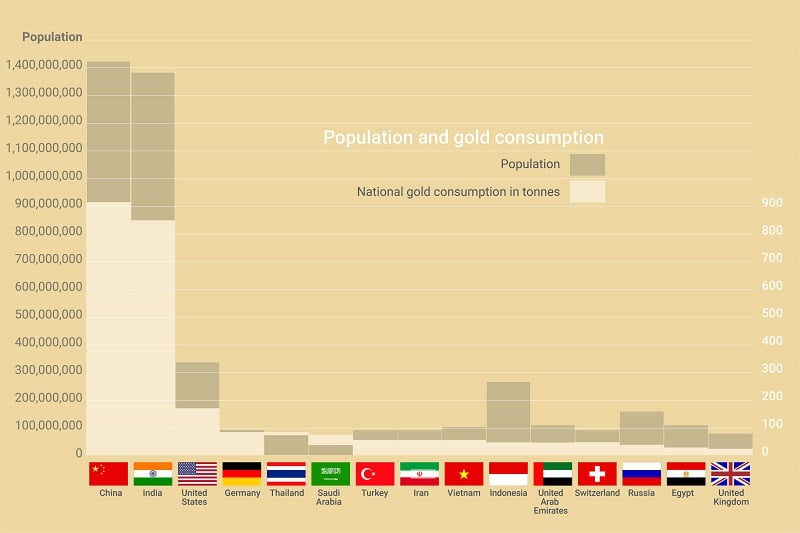 Another way to measure gold consumption by country is national gold per capita figures. These are more difficult to obtain, but more enlightening, and arguably more accurate than simple overall consumption.

Using this measure verifies the old adage – “Where there is wealth and geopolitical instability, gold shines”. Wealthy nations currently experiencing turmoil and extreme political tension - or those with a history of it - tend to have the highest gold per capita consumption.

Following each World War, Germany experienced economic devastation, and further financial uncertainty following the end of the East-West division. This has left a deep impression on German culture, and wealthy Germans therefore trust in a safe haven investment that has historically maintained its value. It is little wonder then that Germany is the second highest gold per capita consumers globally. 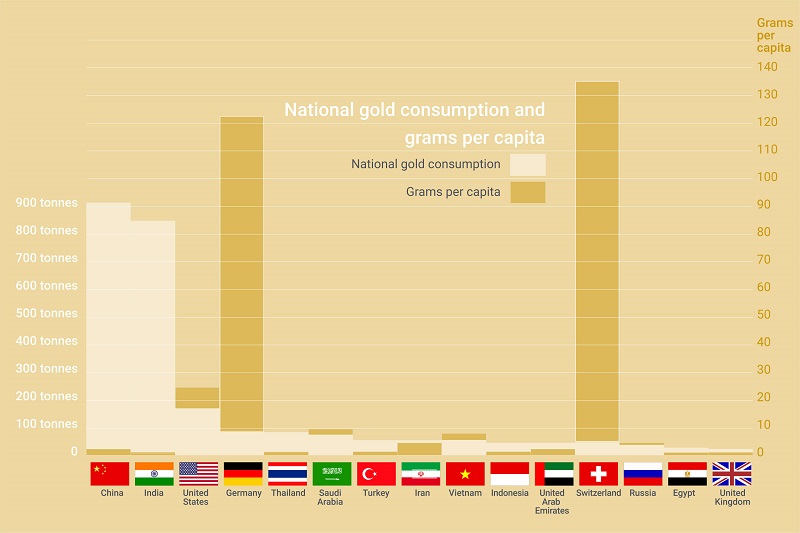 As in many international monetary issues, Switzerland proves an exception. It of all nations has avoided war and financial crises, but has the highest national per capita gold held. This is explained by its huge banking sector, which also offers world-leading storage facilities. The reputation of Switzerland for producing gold is also born out by the high ownership of gold among its population. 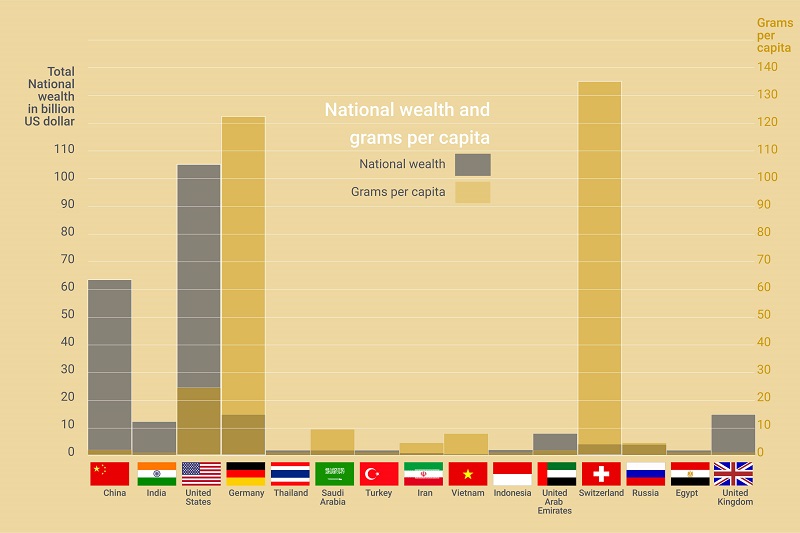 All charts are based on broad trends taken from the World Gold Council, London Bullion Market Association (LBMA) and Wikimedia data. Figures for the 10 highest consuming nations in tonnes of gold.