What is a Troy Ounce?

When looking to invest in precious metals you may well have noticed the common use of the term ‘troy ounce’, to weigh gold coins or bars, and as a unit of reference for the gold spot price. Somewhat confusingly many dealers will tend to simply state ounces - for example, 'the gold price is $2,000 per ounce' - but will in fact be referring to troy ounces. This does lead to customers asking us what a troy ounce is, as the term is not used elsewhere, and as a measurement of weight is clearly very important when working out the value of a gold item.


What weight is a troy ounce?

A troy ounce is an imperial unit of measure or weight. It has been the official weight system for gold and silver since the 16th Century, and is now used for very little else. When the spot price for gold appears on a chart, then, this will usually refer to the price per troy ounce (oz t).

Its origins as a unit are not fully known, although it is often linked to the French city of Troyes, an important trade market in medieval times and belongs to the troy weights system, once commonly used across Europe.

The weight of a troy ounce is typically given as 31.1 grams but this is shortened for convenience. 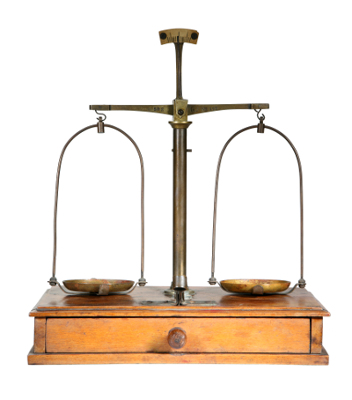 How much does a troy ounce weigh?

Investors in precious metals should be careful to note the difference between a troy ounce and the common ‘avoirdupois’ ounce, which is still used in some countries such as Great Britain and USA. The troy ounce weighs around 10% (2.75g) more than the standard ounce at 31.1034768g compared to 28.349523125g.


Why do we use troy ounces?

A common belief, and one that seems entirely reasonable, is that the troy weight system was created at the famous trade market of Troyes, in France, due to the need for a standard unit of measure for the many traders who came from far and wide. Its specific use in the measurement of precious metals is due to the fact that the value of money used to be fixed by a certain amount of silver. The monetary unit ‘one pound’ contained one troy pound of silver. It seems perfectly logical, then, that this unit of measurement be linked to the value of precious metals. Although the value of money is no longer fixed by precious metals, the troy ounce is still used because of the London Bullion Market Association’s use of beam balances to weigh gold, due to technical difficulties in using metric electronic scales.


Although the troy ounce is still the primary weight used when discussing precious metals, there are metric options out there. Gold bars are much more commonly made in grams, rather then troy ounces. China's popular Panda coins are also struck in metric weights rather than the troy ounce, one of the only bullion coins to do so.