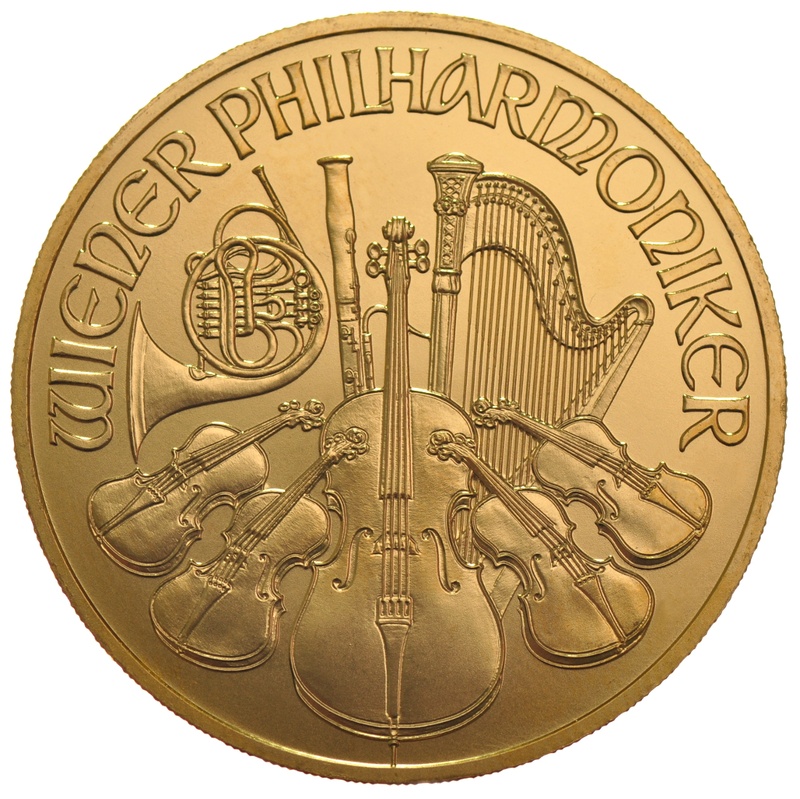 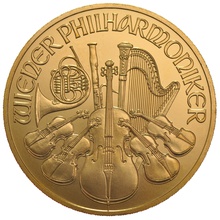 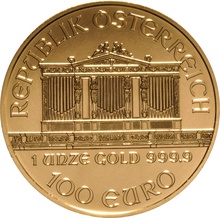 This is a mixed year product and you will receive a year of our choosing, all in good to fair condition.

The Austrian Philharmonic is one of the most popular bullion coins in the world, rivaling the US Mint's gold Buffalo and the Royal Mint's gold Britannia.

The first Philharmonic coins were produced in 1989 and designed by their chief engraver, Thomas Pesendorfer. The coin is an ode to the Vienna Philharmonic and features an assortment of instruments on the reverse such as the Viennese Horn, a bassoon, a harp, and four violins centred around a cello.

The obverse/front side features the famous pipe organ in the Vienna Musikverein (Golden Hall / Great Hall) – one of the most popular and historic music halls in Europe.

The coins originally held a value of 2000 Austrian Schillings but changed in 2002 due to the introduction of Euros, meaning the face value switched to 100 Euros. 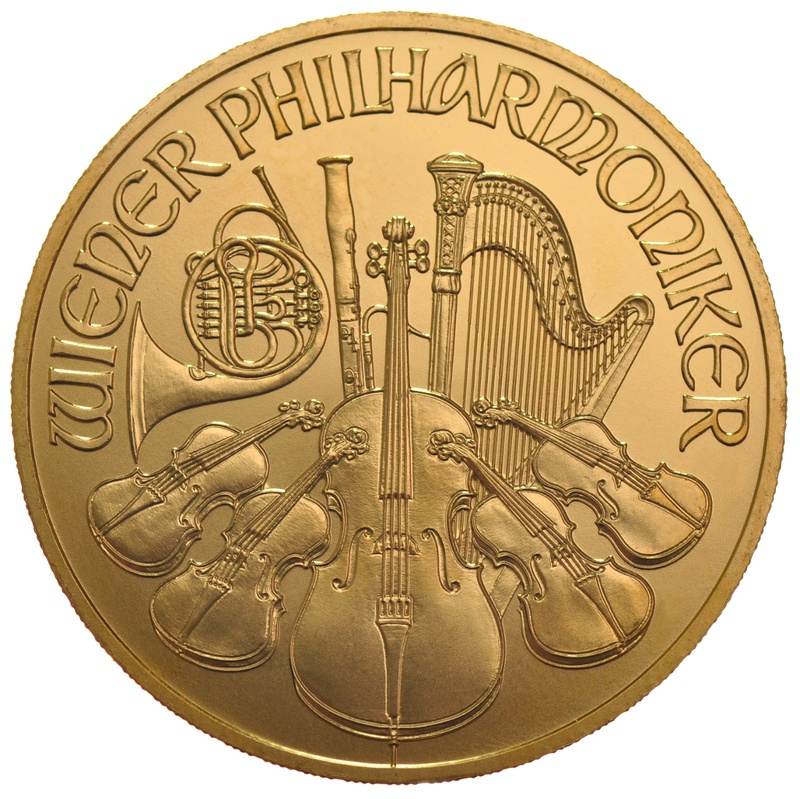