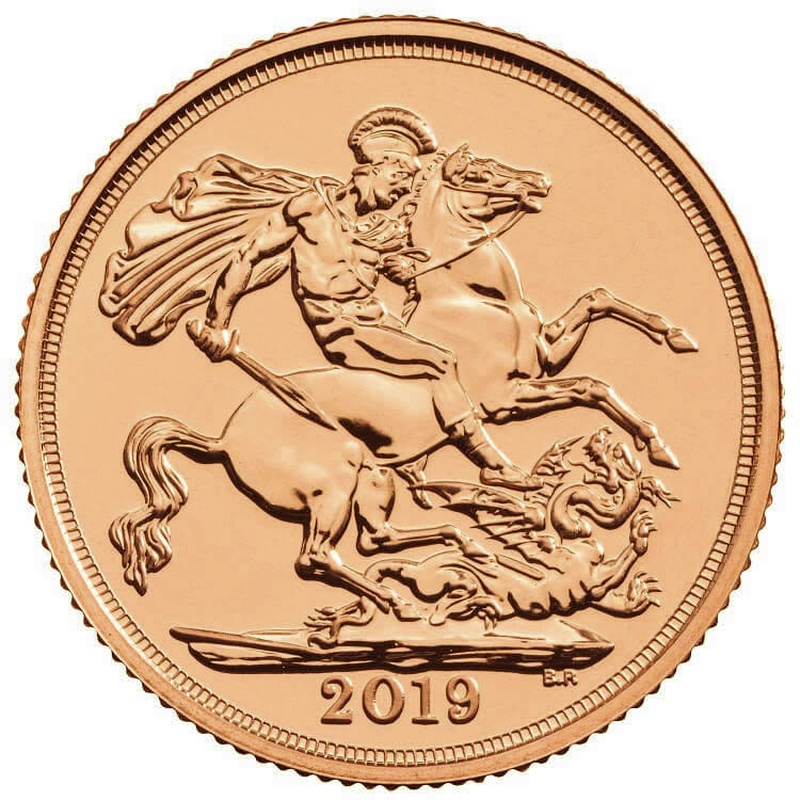 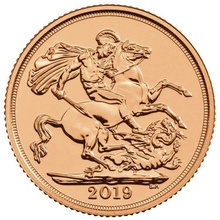 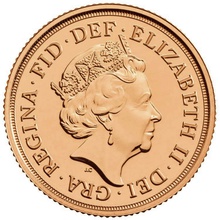 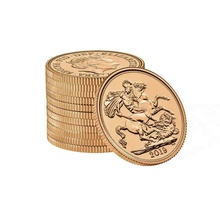 Gold bullion Sovereigns are one of the most investable and recognisable gold coins in the world - first minted over 200 years ago and used as British currency ever since. The 2019 Sovereign coin is 7.988 grams of 22-carat gold. Our supply of coins come direct from the Royal Mint.

The coin bears the fifth portrait of Queen Elizabeth II, aged 88 at the time of commission. It was designed by Jody Clark of the Royal Mint - the first time one of their own staff had sculpted the portrait - and features the Queen in the King George IV State Diadem (worn during the annual State Opening of Parliament) and Diamond Jubilee drop pearl earrings.

In keeping with tradition, the obverse of the coin portrays St George on a horse slaying a dragon, and then the Queen appears on the reverse. The latin accompanying her is DEI GRA REGINA FID DEF. Expanded this is 'Dei Gratia Regina' or 'By the Grace of God, Queen'.

FID DEF stands for 'Fidei defensor' which means 'Defender of the Faith'; a nod to her status as Supreme Governor of the Church of England.

Click here view all of our other gold sovereigns. 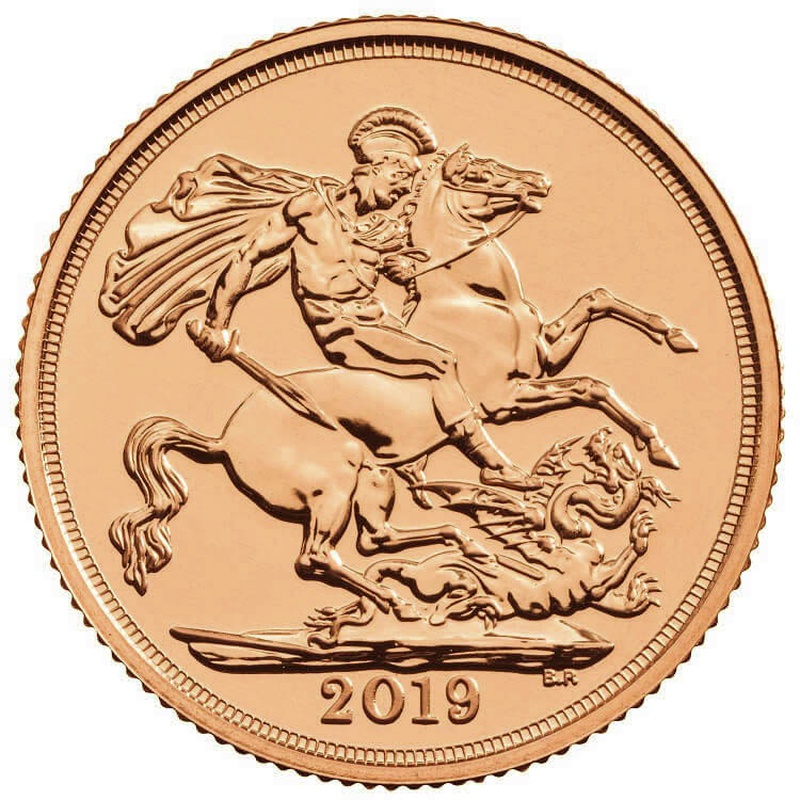