US election 2020: What could happen to the gold price?

With the US election just less than three weeks away, many investors are wondering what impact the vote will have on the gold price, as well as other precious metals. November 3rd will mark a historic day in US history, no matter who wins, and each could have their impact on precious metal prices in the next four years.

Currently, polls show that former Vice President and Democrat candidate Joe Biden holds a small lead over incumbent Republican President Donald Trump. Polls have Biden at 50 points to 42, but can prove to be wrong, and as the 2016 election showed, having the higher number of votes may not necessarily be sufficient to take the Presidency.

Donald Trump’s tough stance against China, and simplification for business legislation had him leading polls just a few months ago. As coronavirus has ripped through America however, some supporters have despaired at his dismissal of the pandemic, gaffes over treatments like bleach and comments made to journalists in private, culminating in his own recent contraction of the virus.

In the short-term, no matter the winner it is expected that gold prices will rise after the election. Negotiations over a huge fiscal stimulus package have failed for months now, as Democrats and Republicans butt heads over the size of any deal, and where the money goes.

When either Biden or Trump win, they are expected to push this package through soon after, to help the ailing US economy as it continues to battle Covid-19. With $2.4 trillion proposed, the confirmation of the money-printing beginning will likely see stock markets rise, and bullion to follow as inflation rises with it.

In the long-term, either candidate will face the harsh reality of a pandemic driven economy to deal with. Debt has risen to $26.7 trillion and is expected to only climb further as coronavirus drags on. Despite hopes of a V-shaped bounce back, the reality is that productivity will remain below pre-pandemic levels, with unemployment high.

This will see interest rates kept near zero; eroding the value of savings as inflation outpaces it. As a hedge against inflation, gold and silver will both maintain high investment demand.

A second term for Donald Trump is expected to see the continuation of the US-China trade war, which will continue to stymie trade between the two giant economies, having a knock-on effect for the rest of the world. A Biden win meanwhile, is expected to involve an increase in public spending, pushing debt even higher. 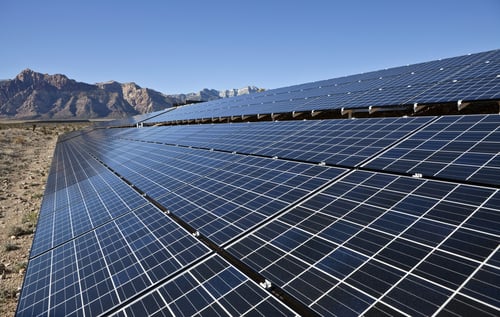 Silver on the other hand is expected to benefit most from a Biden win. As the best electrical conductor of all metals, silver is an integral part of renewable energy tech, and Joe Biden’s “Green New Deal” would see solutions like solar used much more frequently.

The Bank of America estimates that silver could see an increase in industrial demand alone of 87% over the next 15 years, should the Green New Deal become a reality.

In what has already proved to be one of the most contentious elections in US history, November 3rd may not prove to be the end of the 2020 election, with Donal Trump casting doubts over his acceptance of results. Any chaos of a contested handover of power, and further delays to fiscal stimulus will likely see more investors turn to safe havens like gold. The next 20 days should however bring us one step closer to knowing who will be leading America for the next four years.