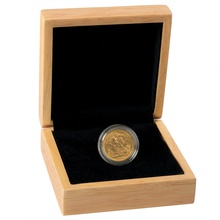 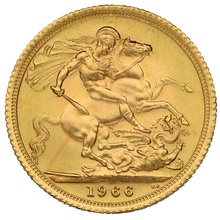 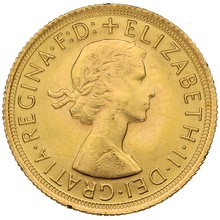 This gold Sovereign features the first portrait of Queen Elizabeth II. Often referred to as the 'Young Head' or 'pre-decimal' portrait, these gold Sovereigns are dated from 1957 to 1968 (with the exception of 1960/61).

The coin features St. George riding a horse and slaying a dragon on the obverse (front) and the young Elizabeth on the reverse. In this portrait the Queen is wearing the Laureate crown, also known as a laurel wreath. While her portrait was officially used from 1953 onwards, gold sovereigns began using this First Portrait of Elizabeth in 1957, with those coins having a finer milled edge than sovereigns produced from 1958 onwards.

The writing inside the edge says DEI GRATIA REGINA which is the short form Latin for 'By the Grace of God, Queen'. The F D ending stands for 'Fidei defensor', also Latin, which means 'Defender of the Faith' and reflects Queen Elizabeth's position as the Supreme Governor of the Church of England..

Please note: This coin is NOT a specific year version so we have deliberately edited the reverse side of the pictured coin to show no date. You will receive a Sovereign chosen by our vault team from any year between 1957 and 1968. 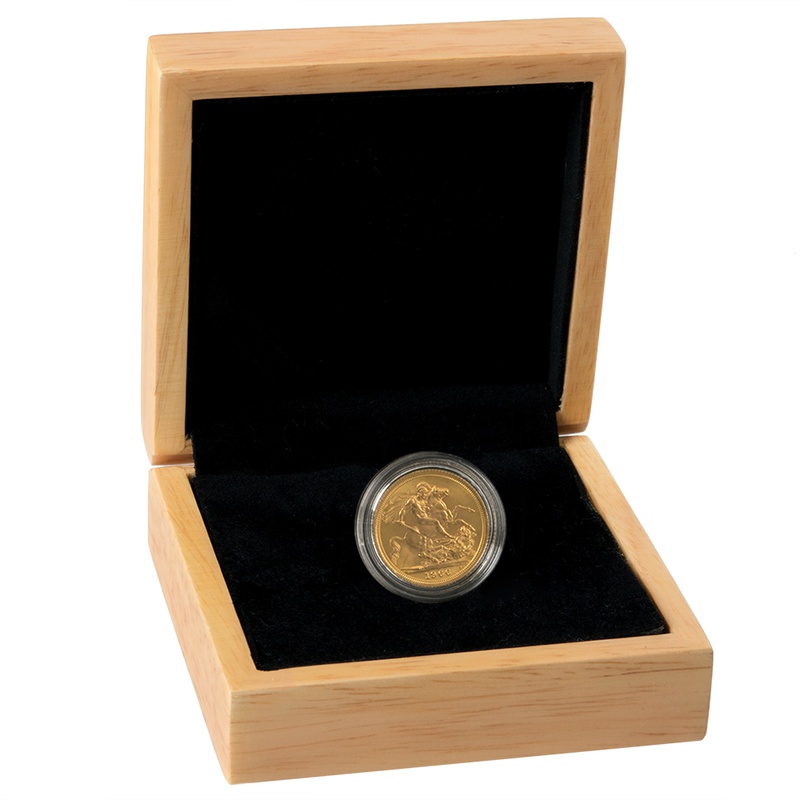