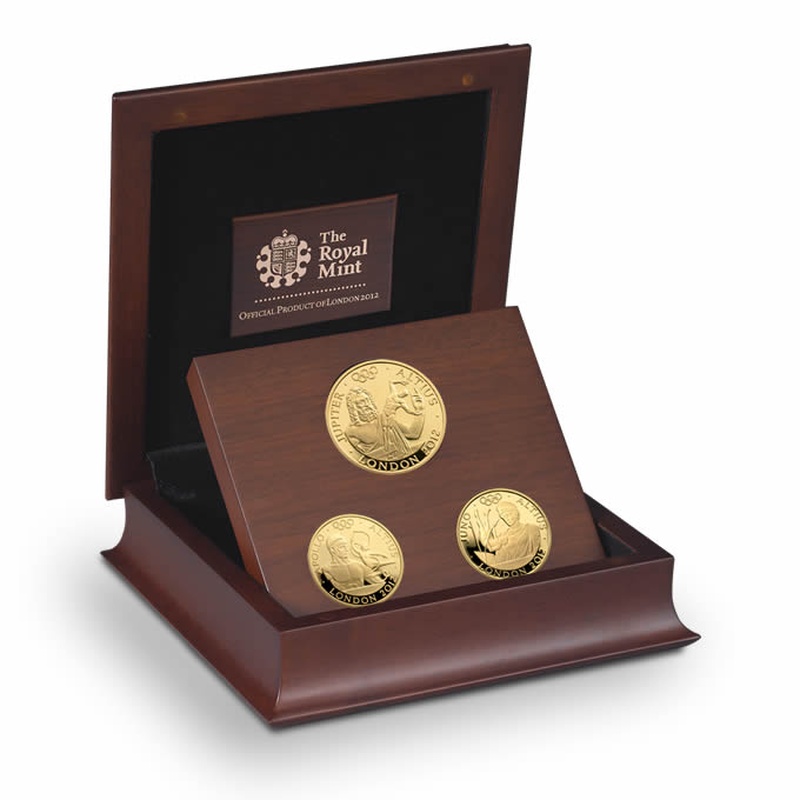 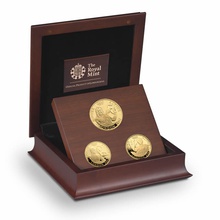 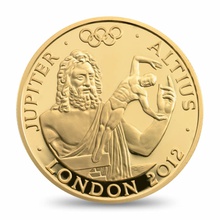 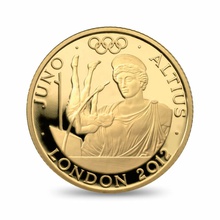 Includes 1oz and 2 x 1/4oz coins with face values of £100 and £25 respectively. The Gold Series is the premium collection in the official London 2012 Coin Programme – a magnificent set of 22 karat gold coins inspired by the official motto of the Olympic Games: Citius, Altius, Fortius – Faster, Higher, Stronger. Produced by the Royal Mint, the first coins of the Gold Series representing Faster were released in 2010 and now, in 2011 and featuring the iconic Olympic Rings, the second set of gold coins representing Higher are available presented in a three-coin case. 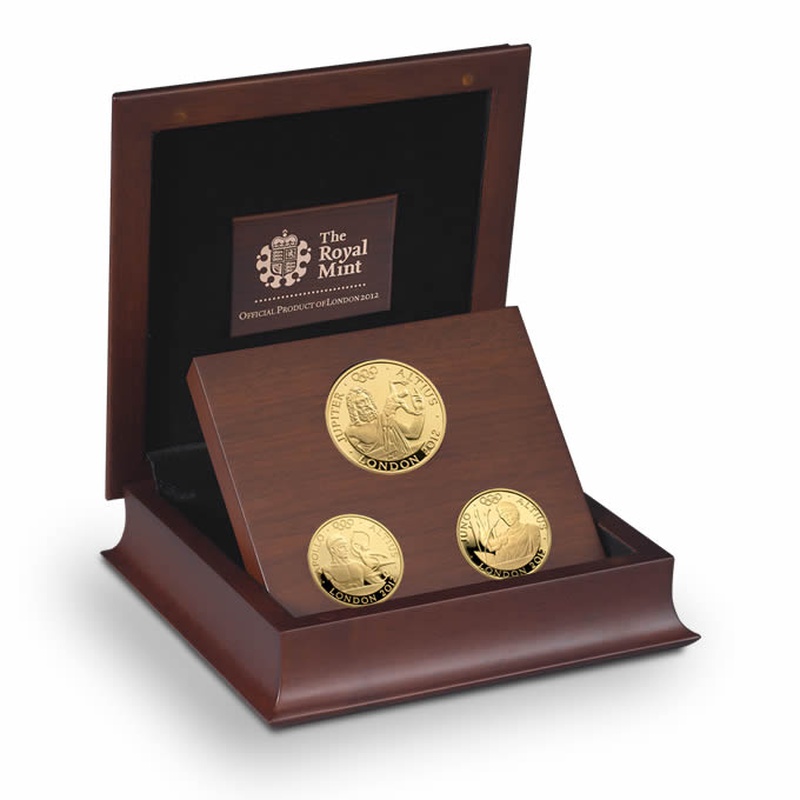