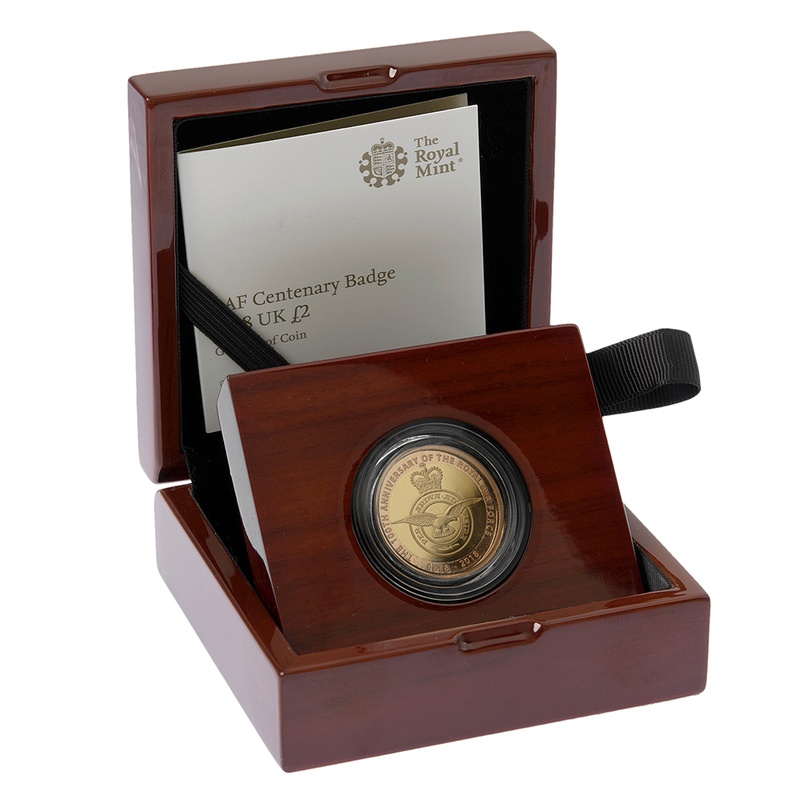 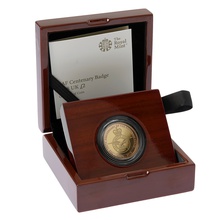 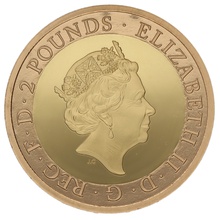 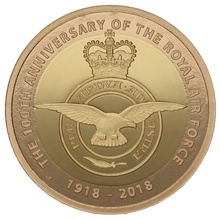 2018 marked the 100th anniversary of the formation of the RAF. The series celebrates iconic aircraft from the history of the RAF, with this coin featuring the RAF emblem of an eagle superimposed on a circlet and surmounted by a crown. The text contains the motto of the Royal Air Force, 'Per Ardua Ad Astra’ meaning ‘Through Adversity to the Stars’. Each coin in the series has a limited mintage of only 1,000 coins.