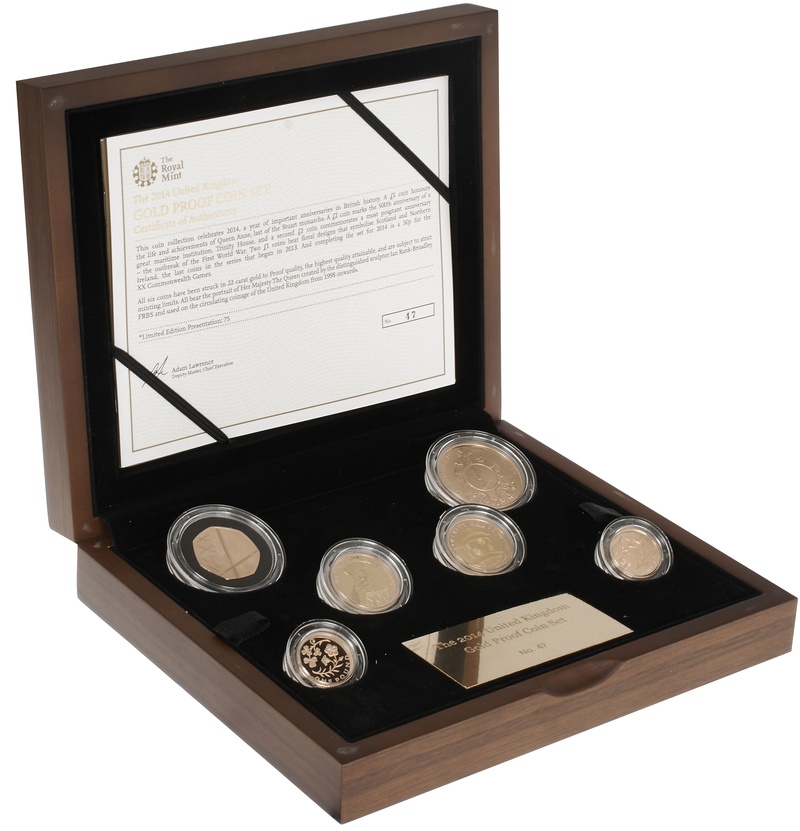 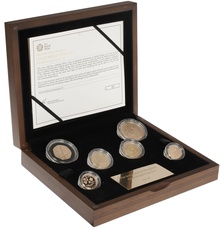 Limited to 75 sets, this coin collection celebrates 2014, a year of important anniversaries in British history.

A £5 coin honours the life and achievements of Queen Anne, the last of the Stuart Monarchs.

A £2 coin marks the 500th anniversary of a great maritime institution, Trinity house, and a second £2 coin commemorates a most poignant anniversary - the outbreak of the First World War.

Two £1 coins bear floral designs that symbolise Scotland and Northern Ireland, the last coins in the series that began in 2013.

And completing the set for 2014 is a 50p for the XX Commonwealth Games.

All sis coins have been struck in 22 karat gold to Proof quality, the highest quality attainable, and are subject to strict minting limits. All bear the portrait of Her Majesty The Queen created by the distinguished sculptor Ian Rank-Broadley FRBS and used on the circulating coinage of the United Kingdom from 1998 onwards.

Presented in an attractive wooden case with metal plaque and certificate from the Royal Mint. 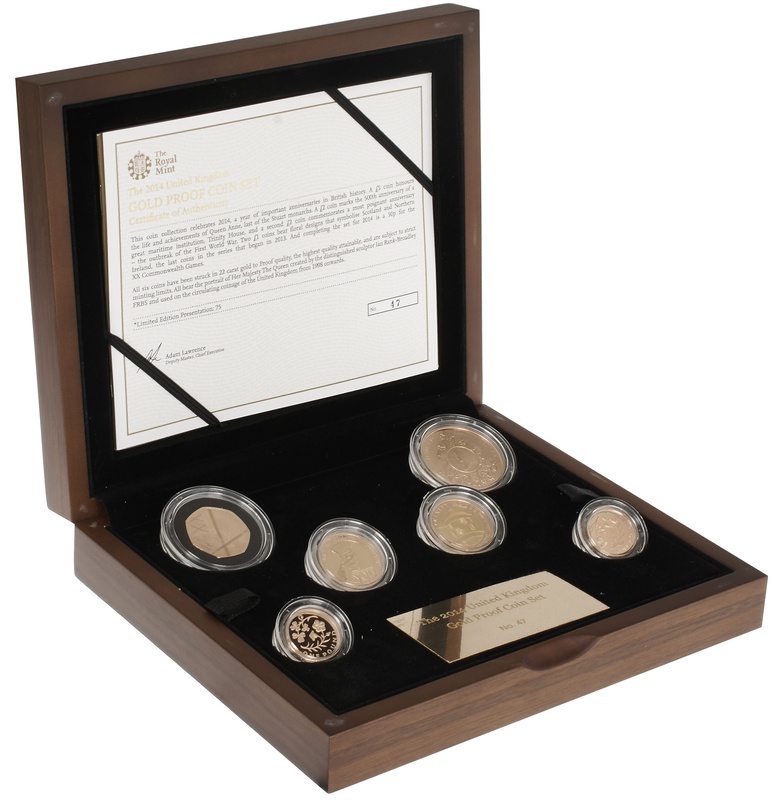