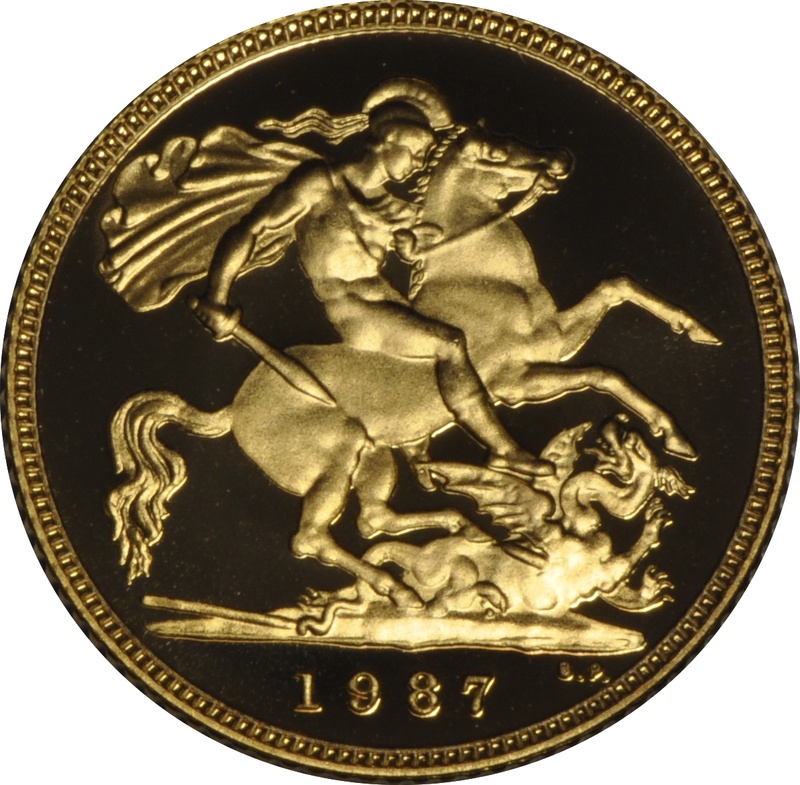 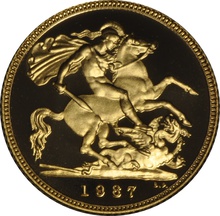 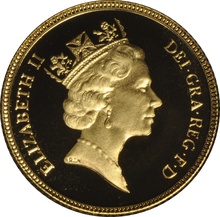 This coin features the third portrait of Queen Elizabeth II by the sculptor Raphael Maklouf, which was used on Royal Mint coins between 1985 and 1997.

1987 sovereigns were only issued in proof form. This proof has been struck using specially selected blanks and highly polished dies. During striking, the coinage dies exert enormous pressure on the coin blank, with at least two separate blows (or strikes), ensuring that the impression has extra clarity.

As part of Maklouf's portrait, the Queen is wearing the King George IV State Diadem (worn for the annual State Opening of Parliament), as well as earrings and a necklace - the first time she had appeared with jewellery on.

Please be aware that no box or certificate of authentication is provided with this coin. 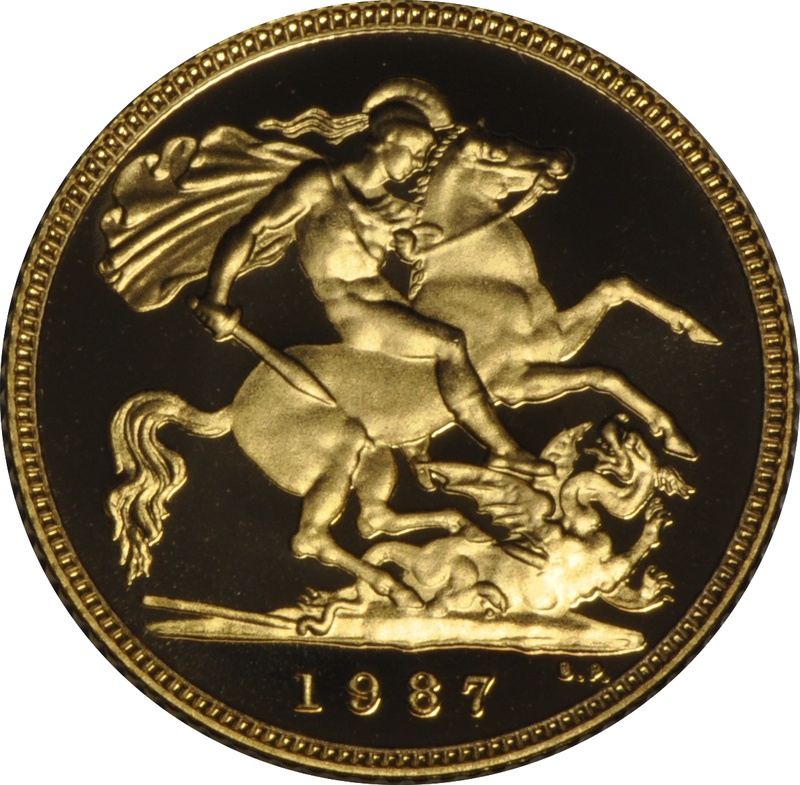