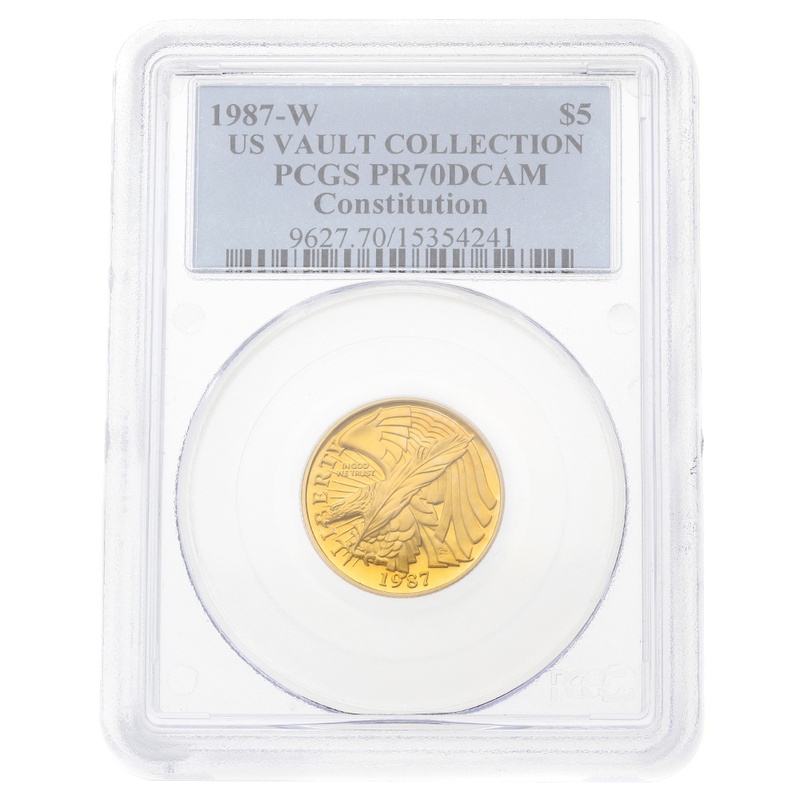 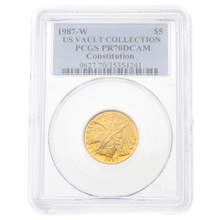 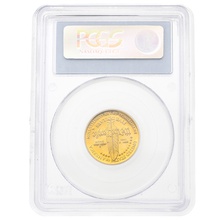 This proof American Five Dollar coin celebrates the 1987 bicentenary of the Constitution.

The coin's obverse side has a flying eagle holding a feather quill, while stating LIBERTY and the US motto of 'In God We Trust'. The date is also present on this side.

On the reverse is another quill, with the words WE THE PEOPLE etched over it. To the left is the date of the signing of the US constitution - September 17th, 1787 - and to the right is the Latin motto E PLURIBUS UNUM or 'Out of many, one'. The top of the reverse reads 'UNITED STATES OF AMERICA' with 13 stars to indicate the 13 founding states, while the bottom of the coin reads 'BICENTENNIAL OF THE CONSTITUTION'.

This proof coin has been graded by the PCGS as PF70 - their highest possible quality rating. 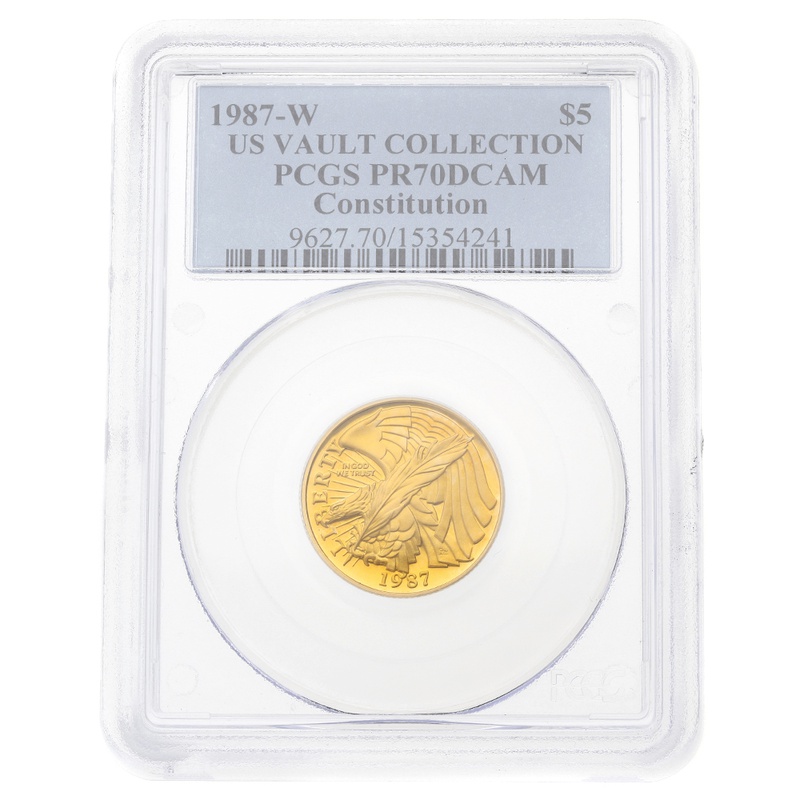