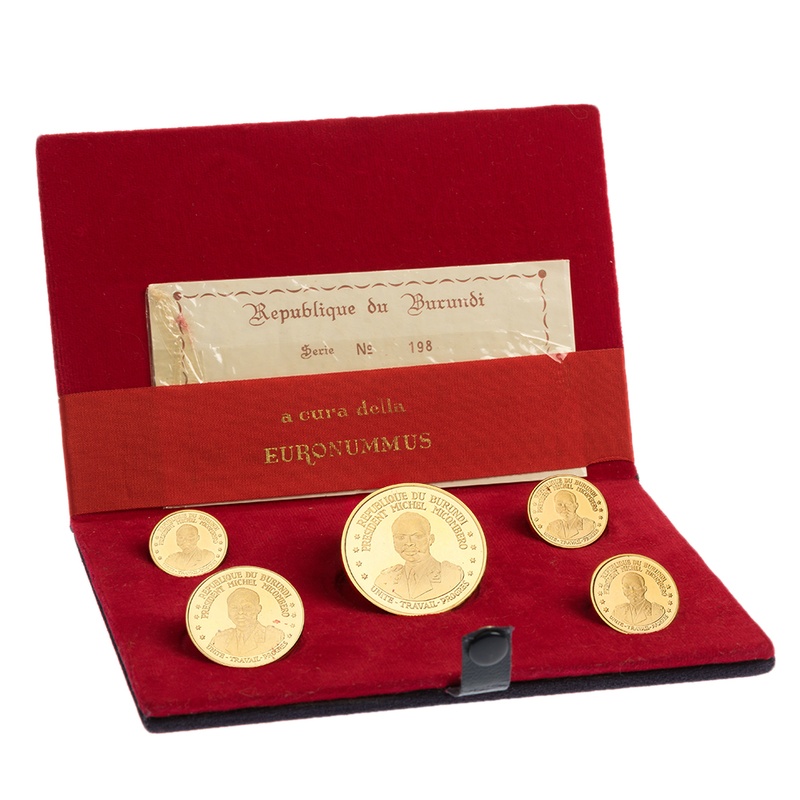 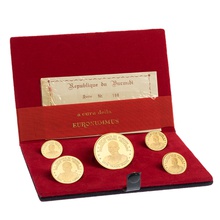 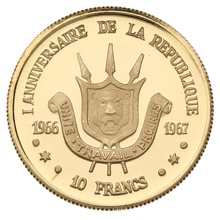 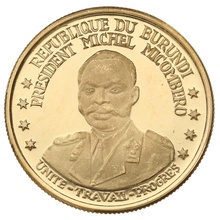 A gold proof coin set from Burundi. An uncommon set, this unusual collection was minted to celebrate the first anniversary of Burundi becoming a republic.

Burundi was formerly a Belgian colony and, as such, French is one of the African nation's three official languages and the country commonly used both Belgian and French Francs. 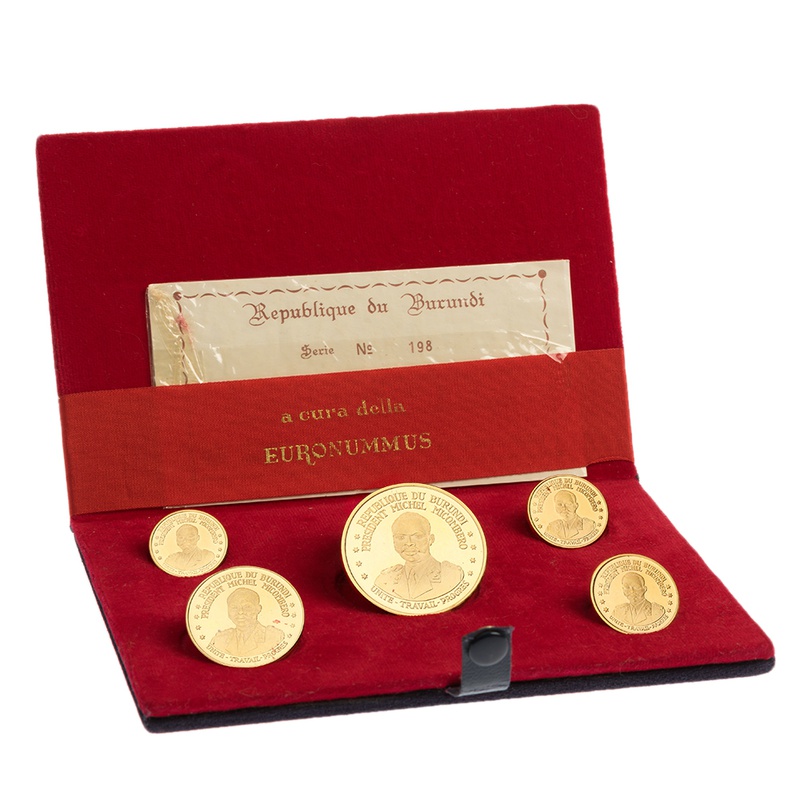