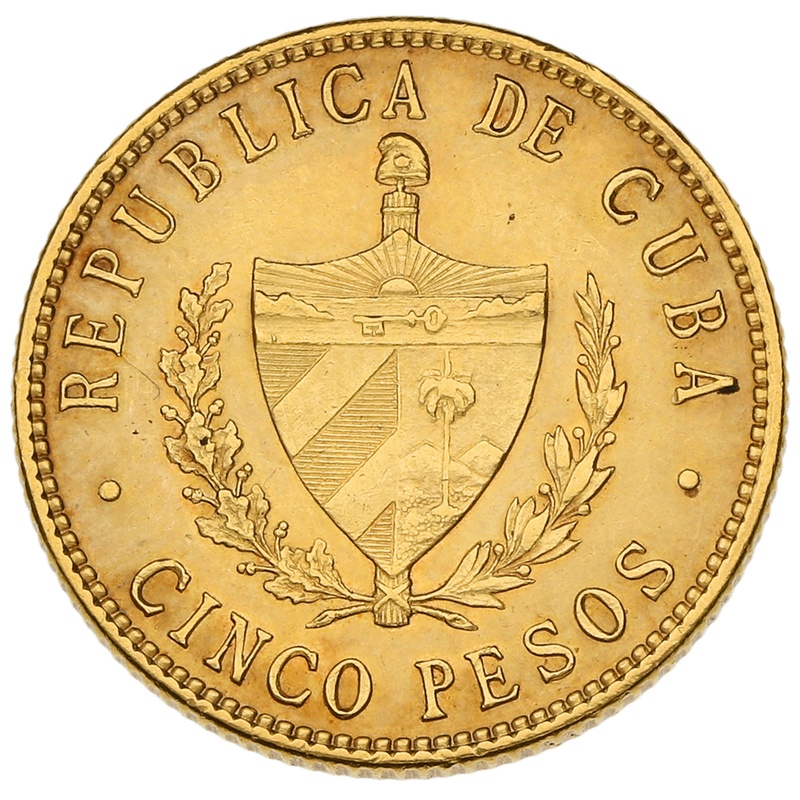 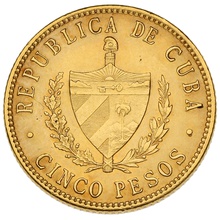 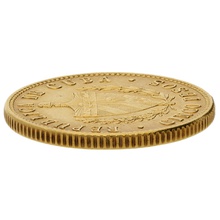 A Cuban (5) Cinco Pesos gold coin. This coin was produced by the Cuban Mint in Havana, and was circulated currency issued in 1916.

The five Pesos gold coin weighs 8.3592 grams and contains 7.524 grams of fine gold, making it .900 purity. This is in keeping with the Latin Monetary Union, which attempted to keep gold and silver coinage of equal purity between nations across the world. This union was in operation - for both official and unofficial members - between 1865 and 1927.

The 5 Pesos coin was designed by Charles Edward Barber. It has a reeded edge and, as a circulated piece, it has coin alignment rather than medal alignment. This means that the opposite side of the coin will appear upside down if the holder spins it 180 degrees.

The reverse of the coin features the Cuban coat of arms within a laurel wreath - a common piece of imagery on coins. The words REPUBLICA DE CUBA and CINCO PESOS are visible. The obverse of the Cinco Pesos coin displays José Martí; a revolutionary writer, poet and philosopher who came to be dubbed the "Apostle of Cuban Independence". The obverse displays the coin's overall weight, its fineness, the year of issue, and the phrase PATRIA Y LIBERTAD, which roughly translates in Castilian Spanish as "Homeland and Freedom". 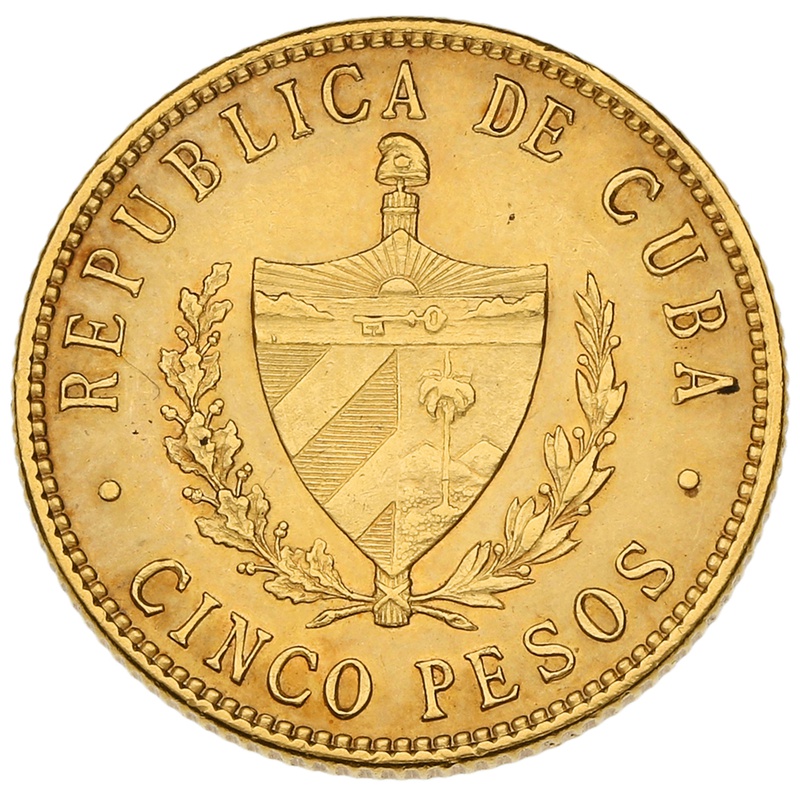