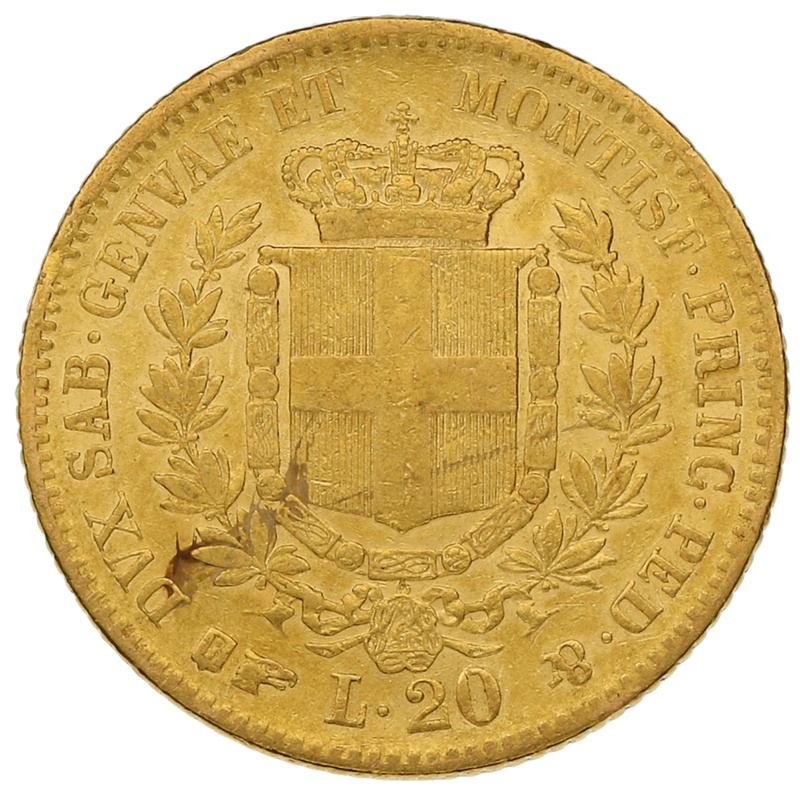 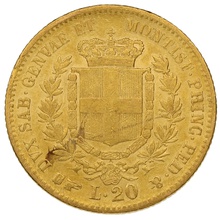 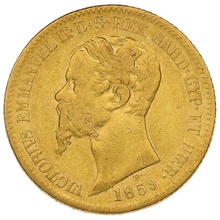 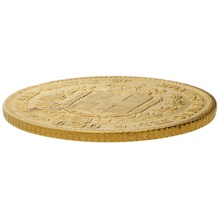 20 Lire issued for the Kingdom of Sardinia - now one of the Italian states. This 20 Lire (Lira) gold coin features King Victor Emmanuel II and the Sardinian coat of arms.

Gold 20 Lire coins featuring Vittorio Emmanuel II were issued between 1849 and 1861 and produced at .900 purity; a gold consistency employed across Europe in the 19th century as part of the Latin Monetary Union. The coin was designed by Giuseppe Ferraris, an engraver at the Mint of Turin.

The obverse of the coin shows a left facing portrait of King Victor, with text around the edge reading VICTORIUS EMMANUEL II D G REX SARD CYP ET HIER and the year of mintage.

The Lire reverse bears the Kingdom of Sardinia's coat of arms. This shield is crowned, and flanked by oak branches. A collar of order - an item associated with chivalry - hangs from the bottom of the coat of arms, while the text around the edge reads DVX SAB GENVAE ET MONTISF PRINC PED. The coin's value, L 20, appears bottom centre. 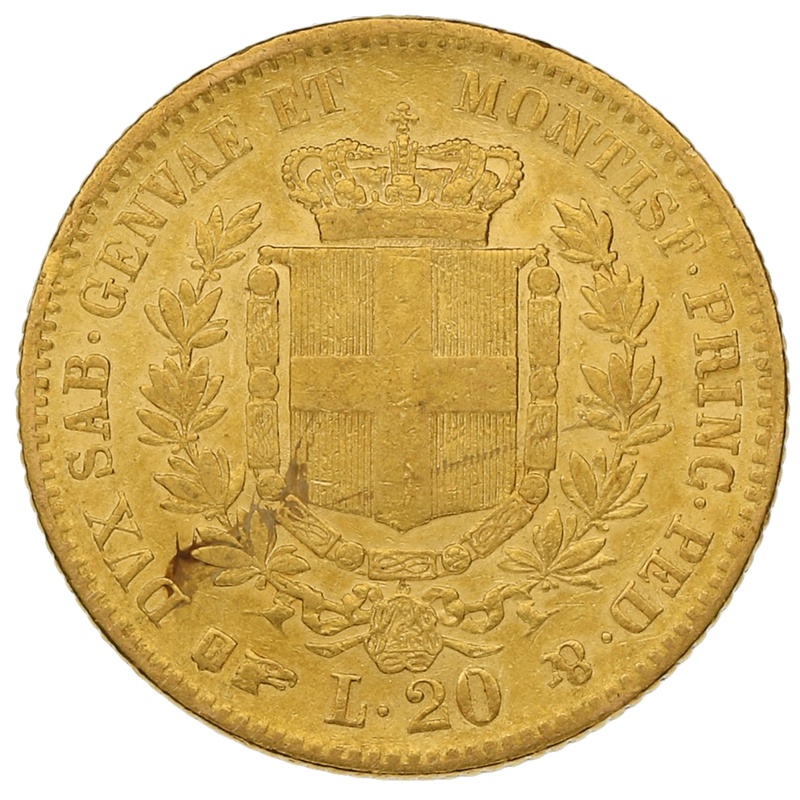