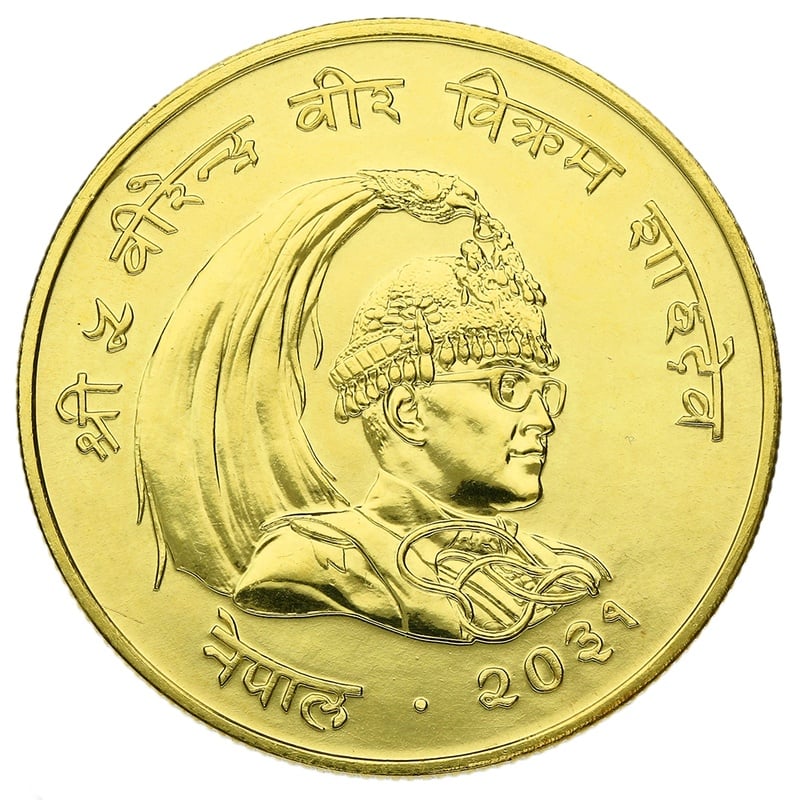 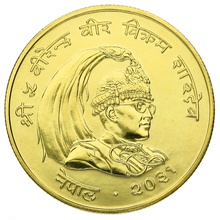 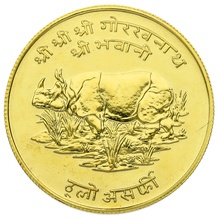 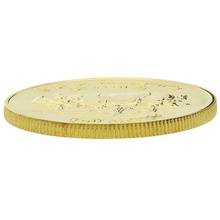 A Nepalese 1000 Rupee gold coin. This coin was issued in 1974 only. Just over 2,000 bullion coins were minted and fewer than 750 proof editions issued.

This coin was produced by the Royal Mint in conjunction with the World Wildlife Fund (WWF) and the International Union for Conservation of Nature and Natural Resources (IUCNNR). The coin collection was released between 1974 and 1975. 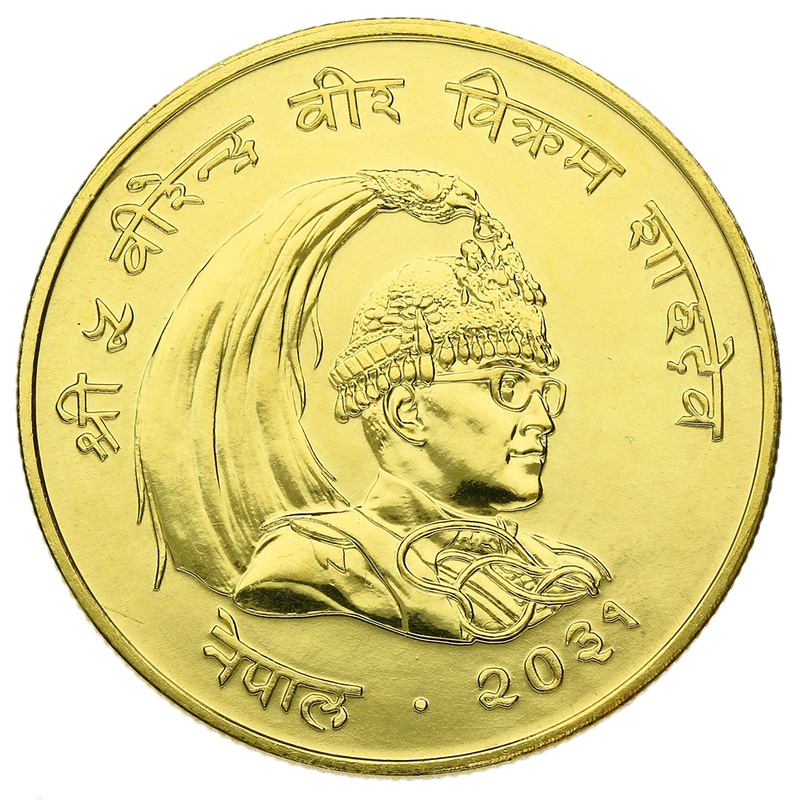